This week I started cooking! I must say that cooking is not as difficult as I thought it would be, but I also did not expect that much washing to follow

I cooked five portions of spaghetti last Sunday night, so that I’m covered for five dinners during the week. I know what you’re thinking “The same spaghetti for dinner 5 nights in a week?” Yes, yes indeed, anything for efficiency and saving money. When you’re a poor college student, any effort to save time and money, no matter how unsound – counts. So today is Thursday and I have already eaten three portions of spaghetti, sauce is Prego tomato-based containing mushroom and pork by the way. Yes, I am already bored but I must finish what I started. There is always the option to keep the remaining  two portions till later weeks but I won’t do that because 1. freshness matters and 2. School cafeteria does not open for dinner on weekends so I should eat my spaghetti on Saturday and Sunday nights to prevent spending (exorbitantly) on outside food.

Last Sunday, I had an exciting breakfast – pancakes! I bought Aunt Jemima’s ‘just add water’ pancake mix to try. I was skeptical because how can yummy pancakes emerge from just water and powder..? But they did! Coupled with Aunt Jemima’s maple syrup, mmm it was good! I shall make pancakes again this Sunday but this time probably with blueberries yum.

This is also the first week of school! The Manhattan School of Music is such a huge school, population-wise. It can get quite overwhelming seeing so many people along the corridors and in the cafeteria, YST was just a small fraction of this. The most memorable class I have had so far is Dr Edward Green’s “Music of the 1920s”. WOW I love his  style of teaching, the content that he provides, and the musical examples that he plays in class. He also has a child-like enthusiasm for music that is so contagious, and one that he encourages us to never lose throughout our professional careers. Major lesson with my harp teacher Ms Mariko Anraku was also great!

So now I am in the midst of hunting for cheap textbooks.. so far I need two of them, one costing about US$85…. The annoying thing about Amazon is that they increase the price of textbooks during this period, used and unused, just because the demand is now very high. MSM’s bookstore also ran out of used textbooks so I might have to resort to buying unused ones which cost a lot. If anybody out there know how/where to get cheap textbooks please help a sister out. 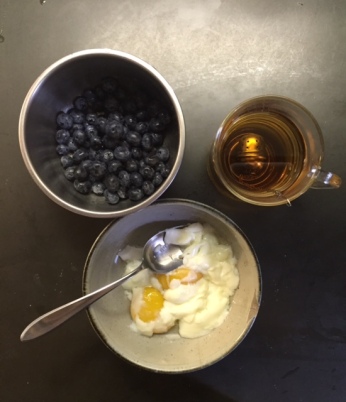 My five portions of spaghetti hehe 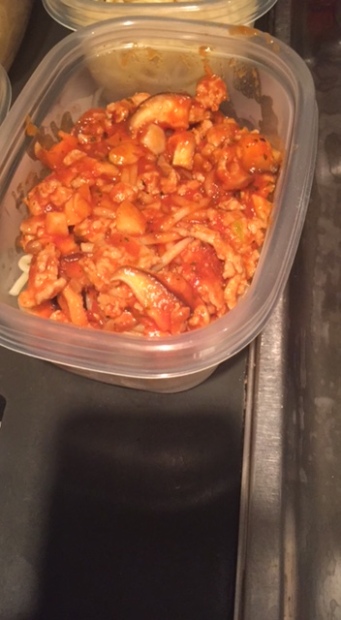 Only in NYC: Duke Ellington Boulevard 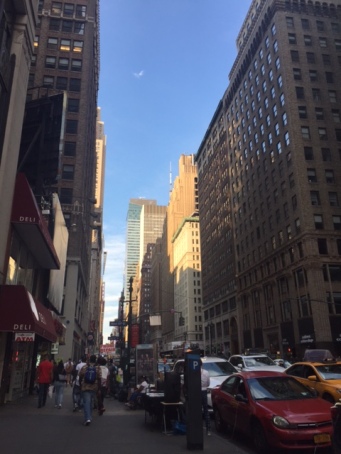 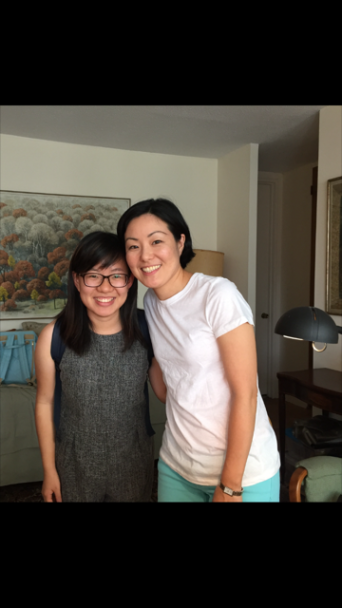 Finally meeting Valerie after so long and in NewYork!

Manhattan School of Music – And so a new school year begins!

I’m proud of you that you actually cooked even though it may be a simple meal. And you actually know how to portion them for consumption throughout the week. Not that is a big deal but is something you don’t do while you are in Singapore. Keep up the good work. 🙂 And I really thank God for simple things you have done. Keep it up. 🙂

Hi Charity,
Is so good to read your post time to time. And also see that u manage things so well. Good job. Take care of your health and eat well. Looks like u have lost weight ya.

Yes I’m eating well (: haha I think I’m eating more healthily and walking more here that’s why I may *seem* like I’ve lost weight but I’m not sure hehe